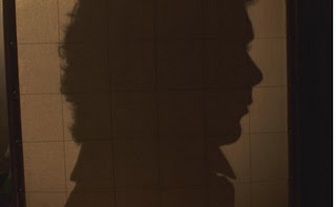 Historically, William Charlton, Jamie's brother remains a mystery.  We do not know when he was born, what happened to him after the trial or if he ever married.  The only reference we have ever found for him related to Jamie's trial.  He stood up in court and gave evidence in support of his brother.   He even risked a charge of perjury because he changed his story half way through the proceedings and doubled the amount of money he claimed he had loaned Jamie.  Clearly, he was desperate to show that the spending spree Jamie embarked upon in the weeks following the robbery was nothing at all to do with the stolen rent money from Kirkley Hall.

The court case documents we have found tell us that he was employed as 'an animal husbandman' at the family farm of North Carter Moor at the time of the trial.  We have been unable to find out anything else about him at all.

In a sense, this has been a blessing.  It quickly became apparent when I was writing Catching the Eagle that I could not write this novel purely from Jamie's point of view.  He spends far too much time languishing in Morpeth goal.  I needed someone on the outside, fighting for Jamie's cause.  Who better to use than his loyal brother?

I enjoyed creating William's character and writing his story.  The lack of historical information about him meant that I was able to use my imagination and make him into a romantic hero of my own design.