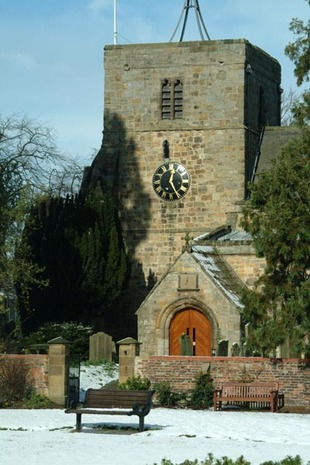 St. Mary's Church, Ponteland
James 'Jamie' Charlton was born at North Carter Moor farm in Ponteland, Northumberland in early December 1774. He was baptised on 29th December 1774 at St Mary's Church, Ponteland.  The baptism register tells us his father was 'John Charlton of North Carter Moor.'  his mother is unknown, although we think she may have been called either Margaret or Ann.

We believe Jamie was the second son of John Charlton and that there were four sons in total.

Although the farmland in Ponteland is some of the richest in Northumberland, North Carter Moor was not a particularly big farm and could not support all the sons and their families.

Jamie joined the ranks of 'agricultural labourers' - the main occupation in Regency Britain.  He was initially apprenticed to cobbler at some point in his youth, but the newspaper reports which covered the trial tell us that Jamie had little skill in this area. 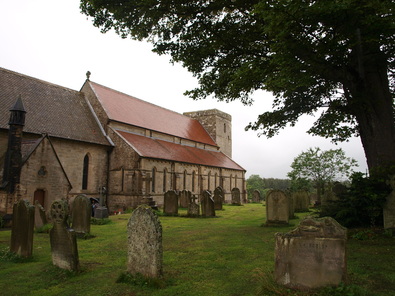 Cilla and Jamie had five children, the eldest being John (our ancestor) who was born in Milburn on 4th April, 1802 and baptised at the church were his parents had married: St. Mary the Virgin, Ponteland.

The other children Hannah, Ann, William and Isabella were born at regular two year intervals.   These younger children were all baptised at Thorneyford Presbyterian Chapel, Kirkley where it seems the family were regular worshipers.

At the time of Jamie's trial in 1810, when he was convicted of the burglary at Kirkley Hall, Cilla was eight months pregnant with their fifth child: Isabella. She was baptised a day after her birth on 28th October 1810 at St. Mary's in Stamfordham, which suggests that she was not expected to live.  In the baptism register, her father is described as James Charlton of Milburn.  Of course, Jamie was not 'of Milburn' at that point; he was languishing in Morpeth gaol, appealing against the death penalty.  He would never live in Milburn again.

This shifting between Church of England and Presbyterian and the occasional nipping across the Parish boundary to use the church in neighbouring Stamfordham, seems to reflect the migratory nature of their lives.  All four of the older children had been born in different villages in Ponteland which suggests that the family had moved around a lot, presumably following Jamie as he went from from job to job.  He had been employed for four years as a hind (a retained servant) at Kirkley Hall around the time of Hannah's birth in 1804.  But he had left that position some years prior to the robbery and then eked out a living as a casual farm labourer, occasionally getting a little work as a cobbler, for which he had been trained. 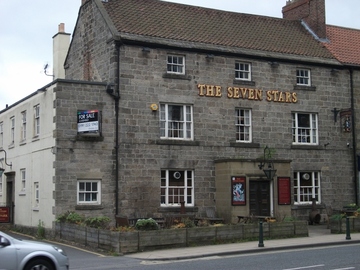 At the time of the robbery he lived at Milburn (Milbourne), about two and a half miles from Kirkley Hall and was working as a barn man for Mr. Robert Gillespy, the farmer at Haindykes (Higham Dykes.)  He kept a few cows on the common grazing land around Milburn and grew vegetables on his ‘strip.’  However, his life was not all about hard work and chapel going.  From the court case notes we found at The National Archives in Kew, we discovered that he was also a regular at both the Coaching Inn at Newhamm Edge (the modern day Highlander) and a public house in Ponteland often referred to as ‘Ma Shotton’s.’  We believe this to have been the Seven Stars, where the landlord at the time was Barny Shotton.

Catching the Eagle is based on the true story of what happened to Jamie and his brother, William, between February 1809 and June 1811.