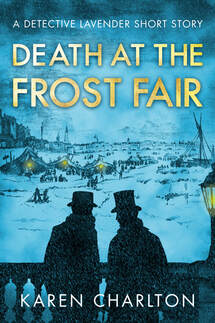 CHILLED TO THE BONE

February 1814: London is gripped in the thrall of the worst winter in living memory. When the River Thames freezes over, thousands of people descend onto the ice to enjoy the Frost Fair, an exciting, frozen extravaganza.

But Detective Stephen Lavender and his loyal constable, Ned Woods, are distracted from this carnival of colour and noise by the perplexing case of a missing man. Their investigation takes on a sinister and more dangerous twist when a body is found on the rapidly thawing ice beneath the arches of Blackfriars Bridge.
​
Set against the thrilling backdrop of London’s last Frost Fair – which is also one of history’s darkest moments – this bone-chilling short story is a superb introduction to the Detective Lavender Mysteries and a bonus read for the half a million readers who already enjoy this series.

THE DEATH OF IRISH NELL 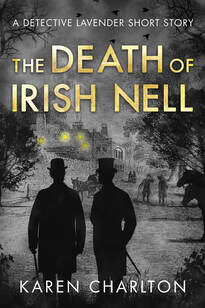 ​London 1803: Following the discovery of a body down a well, newly-promoted Principal Officer, Stephen Lavender, is summoned to Hampstead by Constable Ned Woods to help solve the gruesome murder of a young barmaid.

Confronted with class prejudice and the indifference of the authorities, the keen, young detective embarks on a frantic race against time to gather evidence to convict the killers. But when help is offered from an unlikely source, Lavender must make a decision between justice or truth that carries serious consequences for both his career and his friendship with Ned.

The Death of Irish Nell is a prequel to the full-length novel, The Willow Marsh Murder (publication: February 1st, 2020).
​Both can be read as standalone works of fiction. 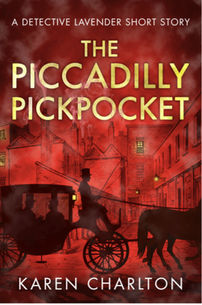 THERE'S NO HONOUR AMONG THIEVES

​When a robbery in the crowded streets of Piccadilly takes an unusual twist, Constable Woods is blamed and a royal scandal threatens to erupt.  Detective Stephen Lavender must act quickly to track down the rogues, clear his friend’s name and avert the crisis.  But as the news of this high-profile crime spreads around Regency London, Lavender finds himself in a race against time with a murderous gang of cut-throats.


Can he solve this case before they extract their deadly revenge?

THE MYSTERY OF THE SKELTON DIAMONDS 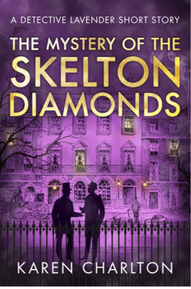 'The Mystery of the Skelton Diamonds' is the first in a series of short stories planned to compliment the Detective Lavender Series of mystery novels. Set in London 1808, Detective Stephen Lavender is asked to investigate the disappearance of the famous Skelton Diamonds.  As Lavender and his loyal assistant, Constable Woods, plunge into the seedy backstreets of Regency London and steer a tricky path through the opulent drawing rooms of aristocratic suspects in pursuit of the missing diamonds, he becomes increasingly uneasy.

​Can he trust the wealthy, powerful politician who's summoned him? 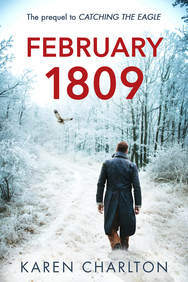 'February 1809' is a prequel to Karen's  debut novel, 'Catching the Eagle.' This stand-alone short story is is a day-in-the-life of the main characters of that novel. As the rural community in Ponteland, Northumberland begins to stir after one of the harshest winters on record, impoverished farm labourer, Jamie Charlton, desperately seeks work. With a wife and four hungry children to feed, a mountain of debt and creditors baying for payment, Jamie has more problems than most. He lurches from one crisis to another, stubbornly refusing help from his anxious brother, William. When his creditors become increasingly violent, Jamie's desperation reaches breaking point.

​How will he, and his family, survive?